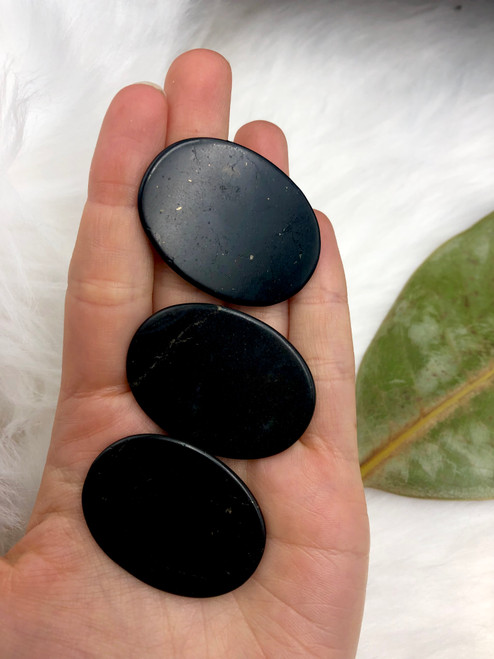 *each varies slightly, you will receive one similar to those pictured*

Shungite has electricity conducting properties. These shungite properties are also known to aid in the inhibiting of EMFs, or electromagnetic fields, that are the result of electromagnetic radiation. Electromagnetic fields are created by electronic devices. Common electronic items such as laptops, cell phones, computers and tablets all put out EMFs. Placing shungite at the base of a computer, microwave or around your various home electronic devices will not interfere with their operations, but will block out some of their free radial output. It’s also used an elixir. Shungite elixirs can be made by simply placing the mineral in water, and allowing it a short time to purify. Drinking this purified water is said to have many beneficial qualities .